July 25, 2014
Sometimes, I look at my cookbooks and sigh.  I have, obviously, bought or been given more than I can make good use of.  It is a good problem to have, I admit, but it challenges me.  Either a multitude of books look inviting or none of them do.  Rarely, does one jump off the shelf and say, "pick me."

Automatically, I keep my Donna Hay books separate from the others since I use them weekly. Ina gets pulled out, at least monthly. My kosher cookbooks are popular in terms of usage and solid recipes. 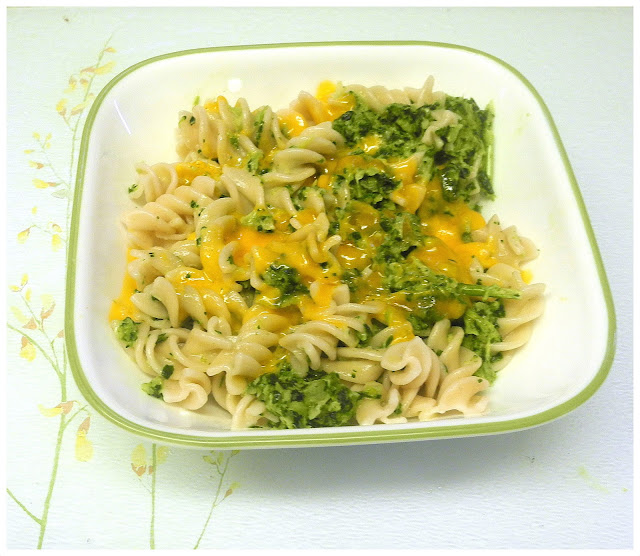 There are those, I love to read l like novels, such as those by Nigella.  She has such a quirky way of describing food and methods.

There are, what I call my miscellaneous cookbooks such as the one, I used for this recipe, Not Your Mother's Weeknight Cooking. There is a series of these Not Your Mother's ........ cookbooks and I have two of them. One came free when I bought the other. I didn't expect much from them but both turned out to be filled with good cooking.

The description of this book by Beth Hensperger is "Quick and Easy Wholesome Homemade Dinners" and it is an apt descriptor. The book is divided into categories such as Healthy and Delicious, Supper Specials, The Soup Kitchen, Dinnertime Classics and Supper Out of Hand. There are additional chapters and all have the same appeal, good home cooking.

I looked in the index for mushrooms and found about 13 recipes. Considering, there are around three hundred pages with usually a recipe on 2 pages, that is a good representative number. A recipe will probably be found, if you want to use mushrooms. Lots of dairy, fish, meat, poultry, salads, and on and on. I can see this becoming a staple in my kitchen.

I selected this pasta with broccoli sauce for a few reasons. I assumed, it was an easy recipe. I had all the ingredients in the house. We love broccoli and a sauce made with it had to be good and it had cheese.

It was a little more difficult than I had expected because it called for a food processor and I only had my mini processor, the one that comes with the immersion blender. I had to use it for three different batches which is tedious. Granted, with a regular food processor, this would not be at all difficult.

This turns out to be a filling recipe that I wanted to serve with salmon cutlets and sliced tomatoes, baked with Parmesan.

Pasta with Broccoli Sauce (adapted from Not Your Mother's Weeknight Cooking)

Microwave broccoli for 2 minutes in water.

In food processor, place broccoli, olive oil and broth. I used 1 tablespoon of the olive oil but the recipe called for 1/4 cup plus 2 tablespoons. It probably would have blended more smoothly with the oil but I try to use as little as possible.

In a skillet, cook onion in a little olive oil until translucent (3 - 5 minutes).

Add onion in the food processor and pulse a few times. There will still be lumps.

Heat the processed broccoli and then whisk in cream. (I have cream in the house, maybe twice a year which is why I made this recipe. I forgot to mention that, on the top of the post, when mentioning the other reasons.

Ladle sauce over pasta and top with Cheddar. If you want the cheese to melt, pop into microwave or oven.