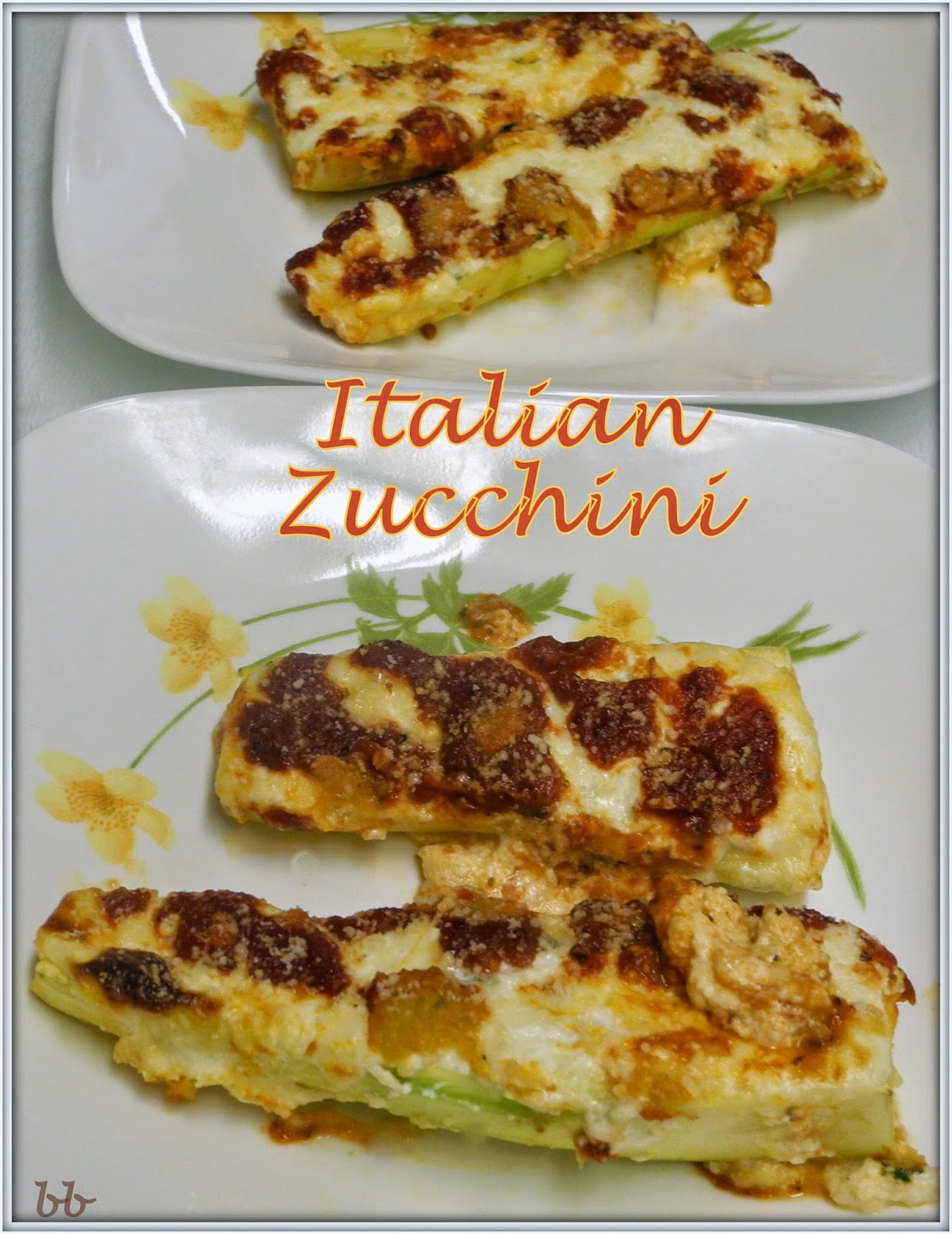 When I gathered the ingredients, I found one of my zucchinis had a bad spot and I had to peel them to make sure they were usable.  I cut off parts of the bad zucchini and then cut them in half lengthwise in preparation to stuff them.  I decided, I was not scooping out the seedy part of the zucchini which we usually eat and was almost seedless.  My problem then was I had nothing to fill so I changed the name of the recipe and the way I put it together as well as one of the ingredients.

When I took the first  bite, I realized it was not cooked as well as it could have been and ended up liking it much better this way.  It gave the whole dish a firmer base and it was a good bite.

This is a dish, I can see making again and I rarely repeat dishes.  It is easy to make and tasty to eat.  I would use fresh oregano or basil, next time, in place of the parsley.  I can also see using goat cheese in place of Ricotta although the Ricotta worked beautifully.

Line a baking dish with aluminum foil, big enough for the cut pieces.

Drizzle about a tablespoon of marinara sauce on each zucchini half.


Remove from oven and sprinkle Parmesan on top of zucchini.

Remove and eat and enjoy.