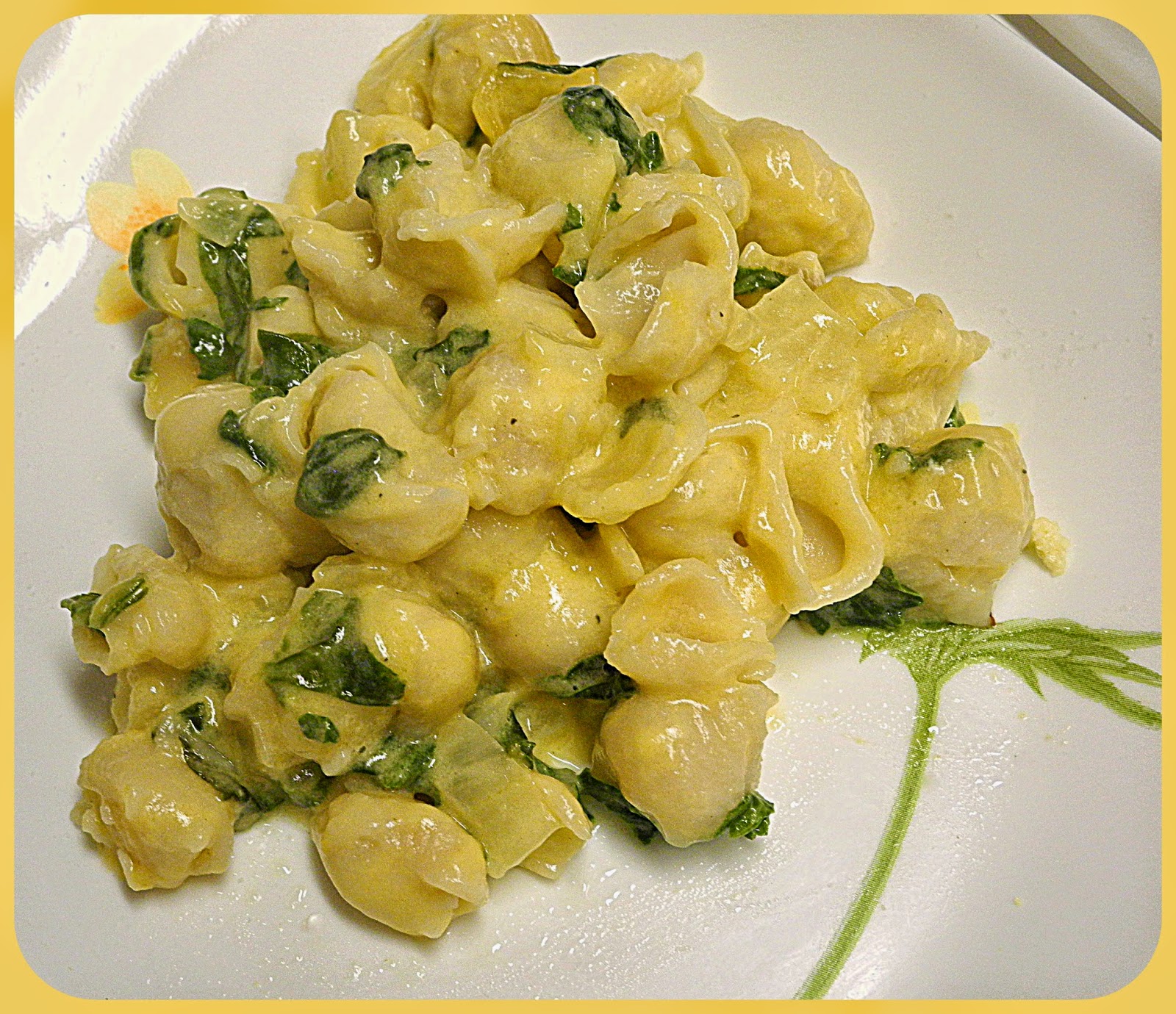 As I mentioned in a previous post, this is what we had to end our fast, one of the most popular comfort foods.  After not eating for a day, we wanted something that would fill us up without having to eat a lot.  Pasta does that for us.

I made quite a few changes in this recipe as I went along.  I added some plain yogurt to make it creamier.  I used to use sour cream for this but I think that this is probably healthier.  I had baby spinach instead of curly and I had Cheddar instead of  Gruyere.  I used shells instead of elbows because that is what I had which fits into  my "use what is here" attitude.

In a large saucepan, heat oil over medium heat.Add onion and cook until translucent, 6 minutes.

Whisk in flour and cook, stirring frequently, until mixture is pale golden and has a slightly nutty aroma, about 2 minutes.

Cook, whisking constantly, until sauce comes to a boil, 8 to 10 minutes.

Add yogurt and mix in to sauce.  Simmer for an additional 2 minutes until the yogurt is warm.

Add spinach and cook, stirring constantly, until wilted, about 3 minutes.

Add cheese and stir until melted, about 2 minutes.