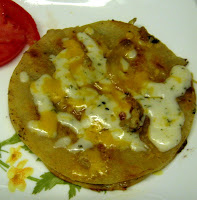 Our Saturday night treat, this week, was quesadilla.  The original recipe called for chicken, mushrooms and Monterey Jack cheese.  You will see that this is different.  I  sometimes, think that it would be a lot easier, to just follow the recipes, as is but I guess, it would not be as much fun, if I did. 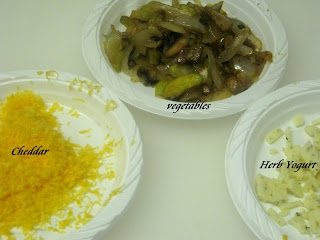 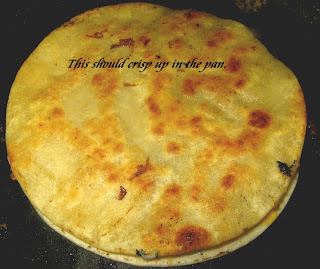 Heat oil in a nonstick skillet; add one tortilla.
Layer with half the two cheeses, all of the zucchini, onion and mushrooms.
Top with the second tortilla.
Cover and heat until cheese melts and bottom tortilla is crisp and golden brown.
Turn over; sprinkle remaining cheese on top.
Cook until bottom tortilla is crisp and golden brown and cheese is melted.
You need more than one per person. 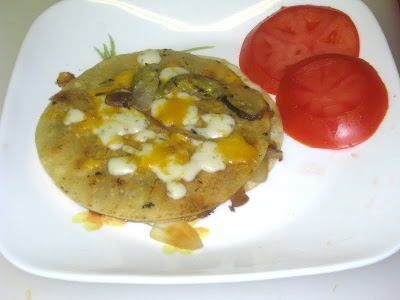