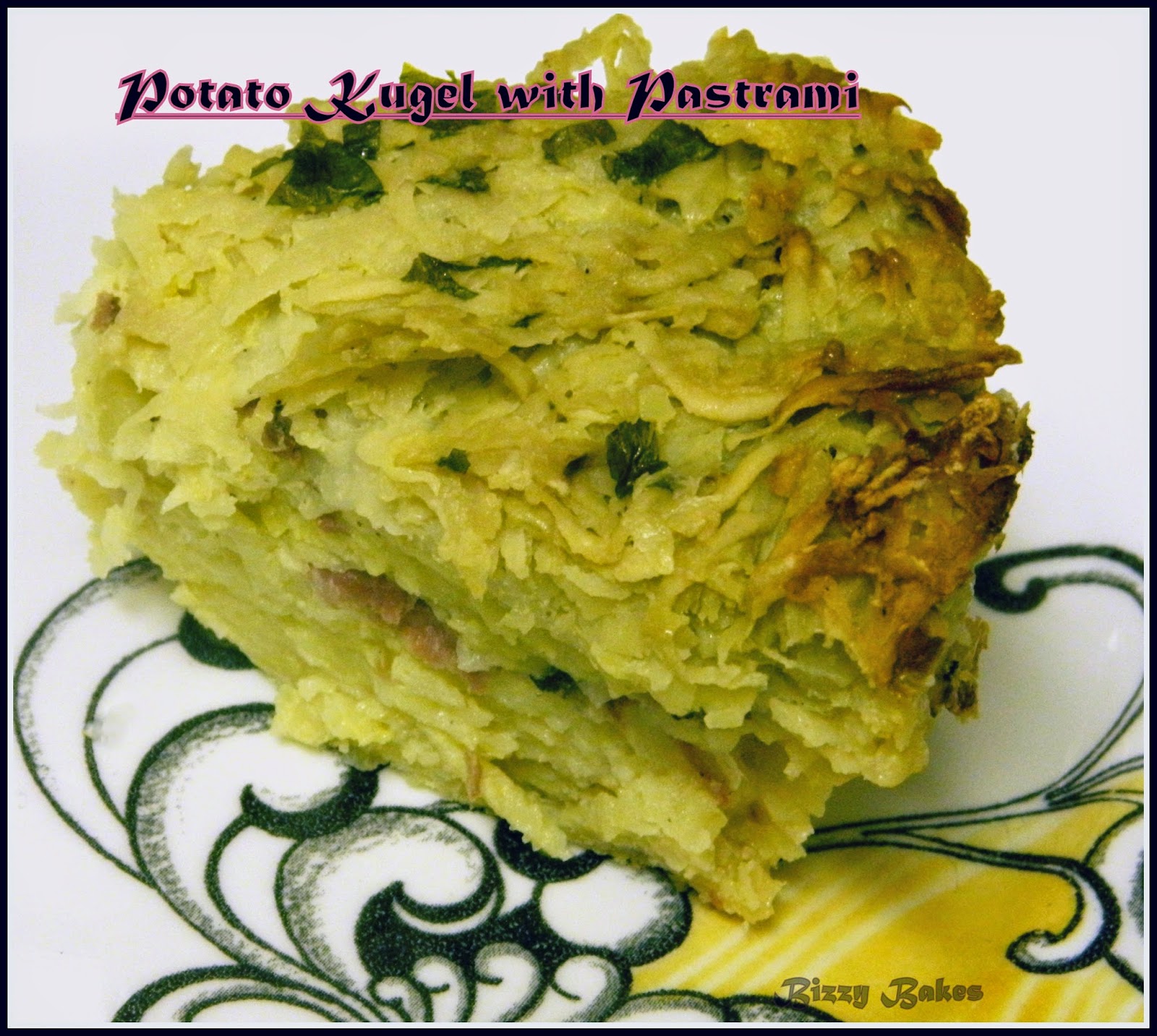 I have a cookbook called Chic made simple by Esther Deutch.  It is a beautiful book but I have not made very much from it.  I had noted, in the past, this recipe for potato kugel with pastrami included in it.


My hubby is the potato kugel maker.  He does a great job and is a willing kugel maker so I happily turn this over to him.  This time, I encouraged him to try this recipe.  He was hesitant because we seem to have a winner in ours by baking it at a very high temperature.  We get this white inside which was not touched the brown that potatoes can change to.


This recipe is made at a lower temperature and we were both dubious about how well it would turn out.  I decided it would be worth a try.  Unfortunately, my photo looks almost green and that is not the color it was.  It came out as white inside as our original recipe except where the pastrami is.

Before, I share the recipe, let me tell you a little about Chic.  The photos are amazing and if you want to see ways to display foods like the professionals, these photos are just that.  One of the aims of the book is to make your life easier yet making your cooking better.

"Esther Deutsch knows that when it comes to cooking we want it all: fabulous food made with fresh, accessible ingredients, recipes that are simple enough for the novice, fast enough for the busy cook, and impressive enough for the most accomplished. That's a tall order but one that she ably serves up in this engaging cookbook packed with :" Amazon


1⁄2 small onion, grated
1 teaspoon sugar (we have never used sugar before but we followed the direction and I have no idea what it did to the kugel but we could not taste it.)
1 scant tablespoon kosher salt
fresh black pepper to taste
1⁄4 cup oil
1⁄2 pound deli pastrami, cut into thin strips or pieces

Add the oil and pastrami and mix until well combined.

Pour into  a greased 9-inch casserole. Bake until top is crispy and golden, about 1 1⁄2 to 2 hours.  Serve warm.