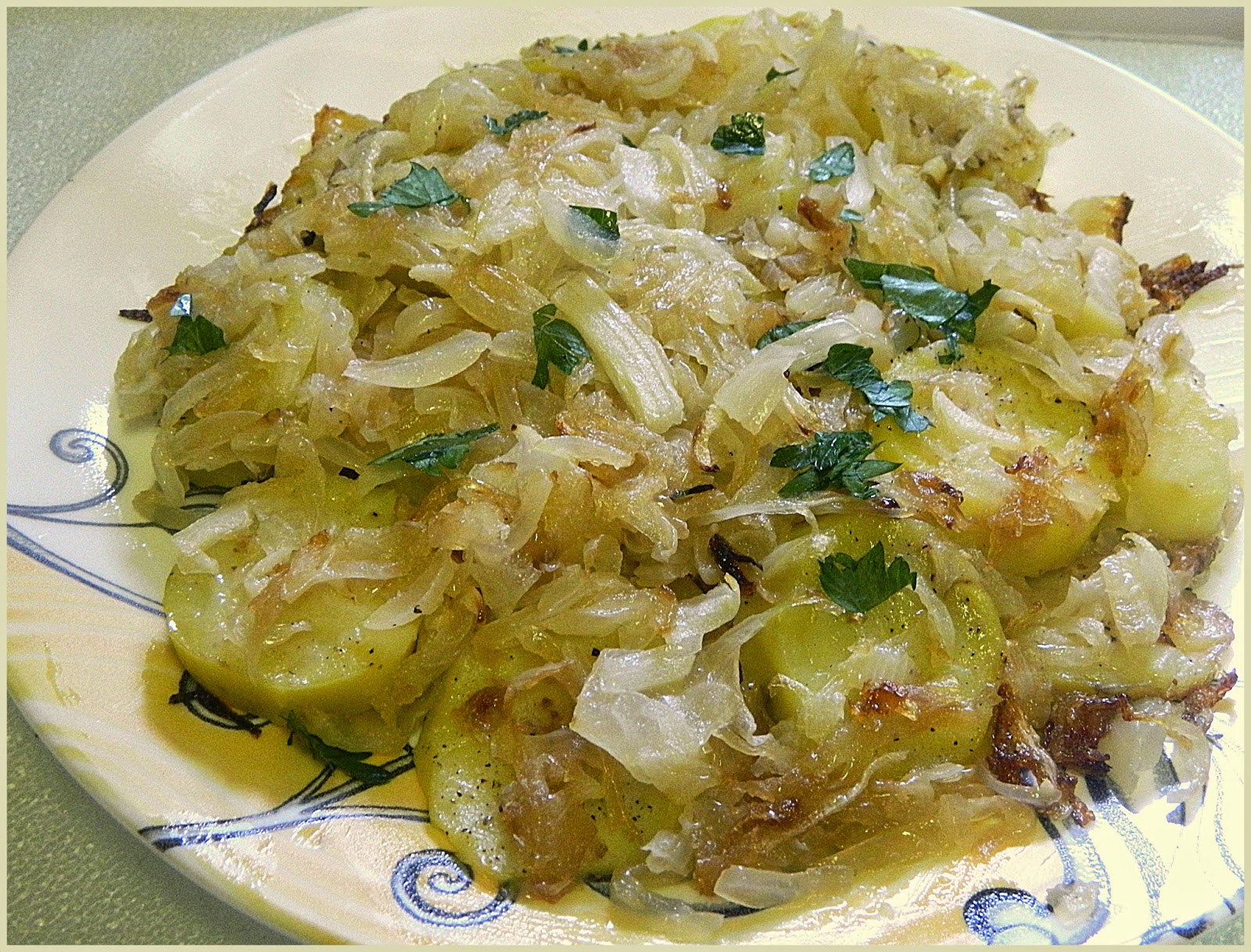 Food of the World is cooking French this month.  Time to pull out my limited French vocabulary which makes me question, "What does Lyonnaise mean?"  I looked it up and I will gladly share this with you.

Lyonnaise may refer to:
A person, or, "in the style of (something)", from Lyon, France (also: Lyonnais).
An adjective, meaning "cooked with onions" or "with caramelized onions", as in "potatoes lyonnaise", "sauce lyonnaise", or "cardons à la lyonnaise".
A colloquial name for an official form of the game of pétanque, in France, also called sport-boules, jeu national, or la boule lyonnaise.
A silverplate cutlery pattern, also called "Eastlake", which debuted in 1879 manufactured by at least four different companies: Holmes and Edwards, Toronto Silverplate, Aurora Plate and James W. Tufts. In some examples, the bird in the pattern design is exchanged for a squirrel.
Lyonnaise (grape), another name for the Swiss wine grape Räuschling

Now, none of us will lose sleep because we do not know what Lyonnaise means.

Preheat the oven to 400 degrees F.

Place the potatoes in a pot of salted water. Bring the potatoes up to a boil and blanch for 2 minutes. Remove the pan from the heat, drain, and cool.

In a large ovenproof saute pan, heat the olive oil.

When the oil is hot, add the onions and garlic. Season with salt and pepper. Saute the onions until caramelized, about 8 to 10 minutes.

Turn the onions into a bowl.

Place the pan back on the stove and melt the margarine. When melted, cover the bottom of the pan with 1/3 of the potatoes.

Season with salt and pepper.

Cover the first layer of potatoes with 1/2 of the onions. Cover the onions with 1/3 of the potatoes. Season with salt and pepper.

Repeat the layering until all of the potatoes and onions are used. Place the pan in the oven and cook for 10 to 12 minutes or until the potatoes are golden brown. Since the potatoes did not brown, I put them in for 6 minutes at 450 degrees..

Using a spatula, gently lift the potatoes out of the pan and place on a platter.  This was tricky. 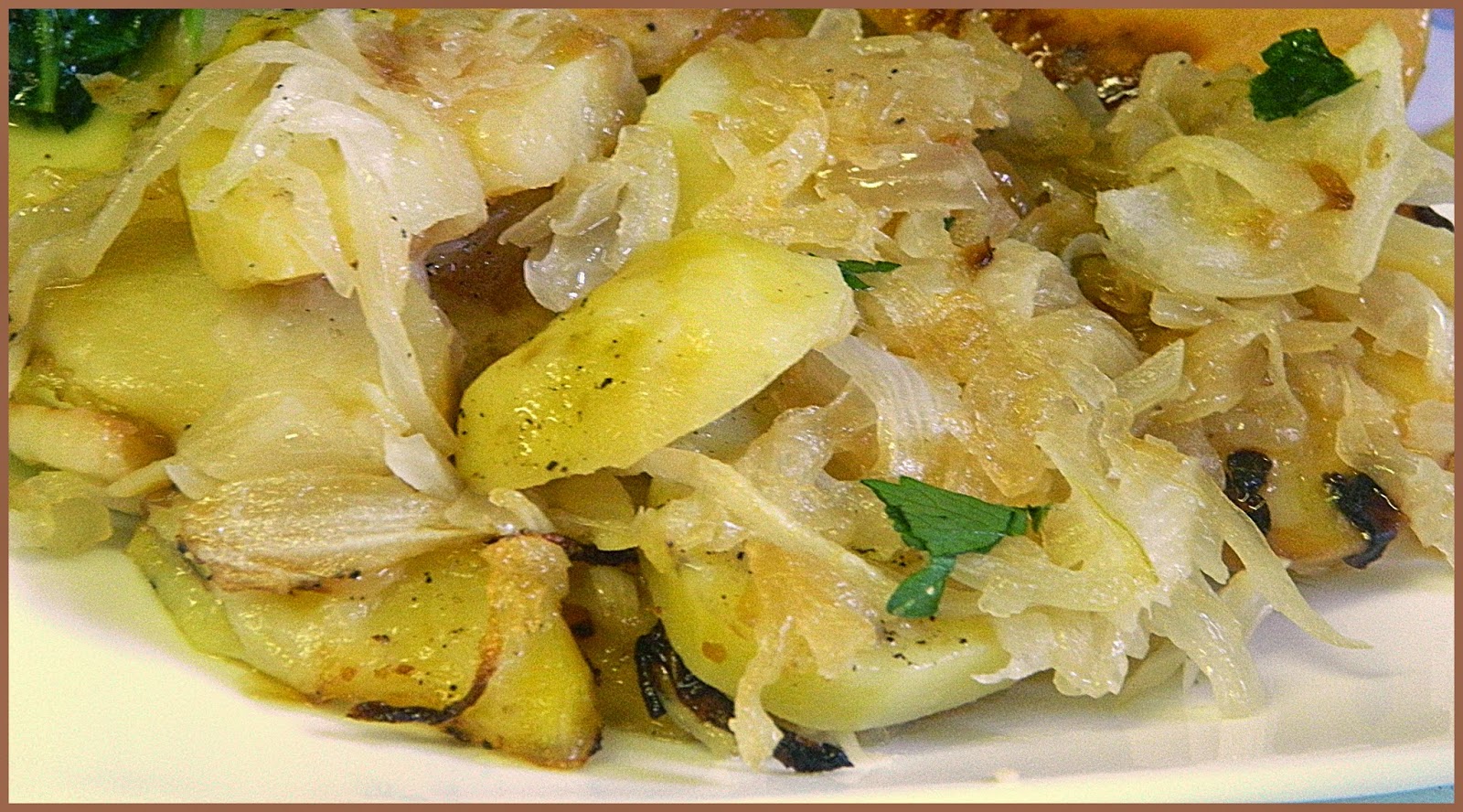 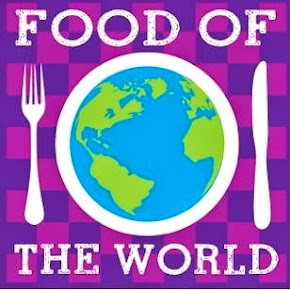 Food of the World