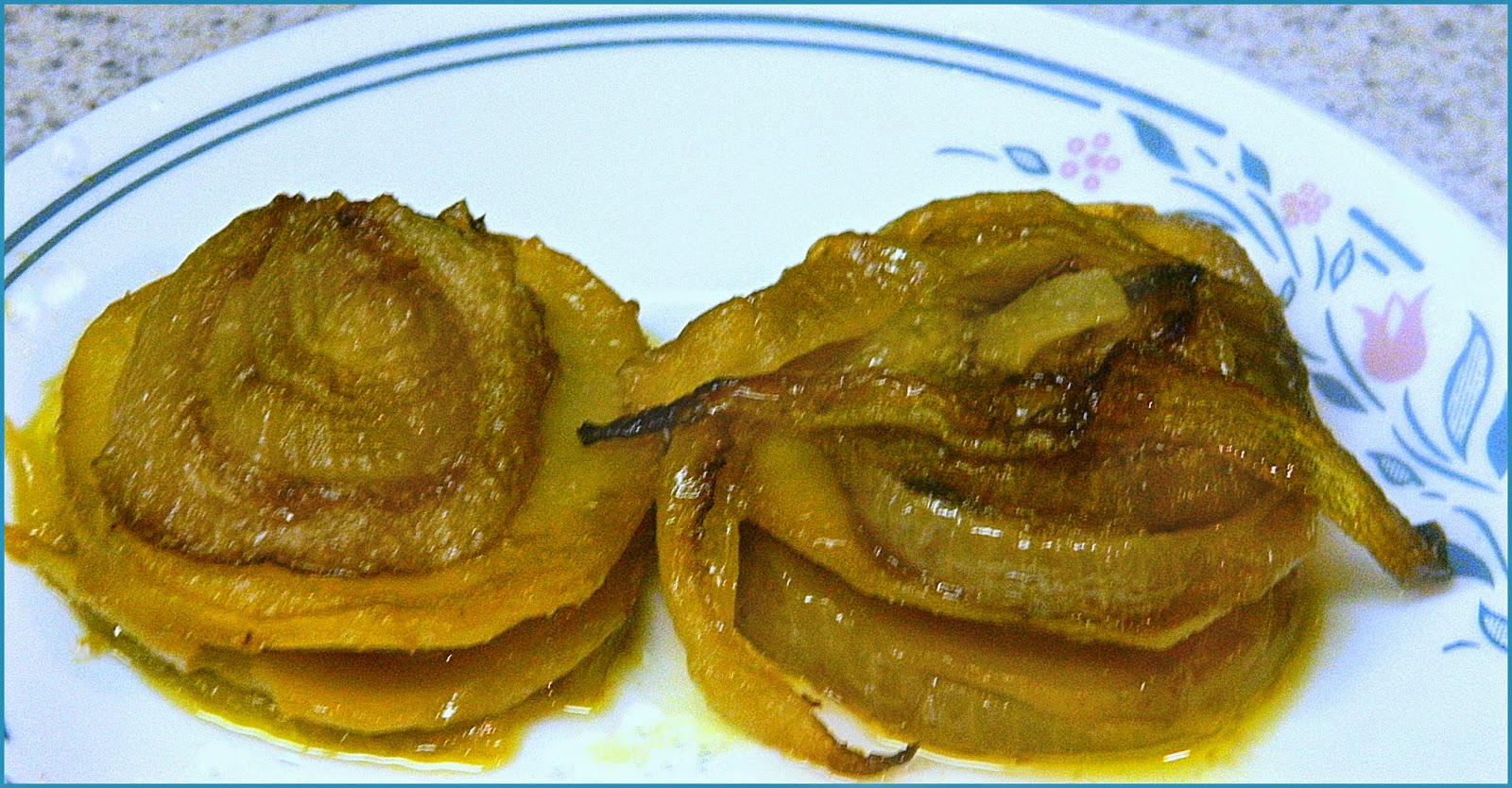 This week, WWDH brings you my choice, these potato stacks.  I was intrigued when I came across the recipe and more intrigued as I placed them into muffin tins and later watched the paper dissolve.

In a way, this was a more difficult recipe than usual because it was time consuming.  Slice the onions and cook.  Slice the potatoes.  Layer in papered tins.  Bake twice, once covered, once uncovered.  When it was all over, it had consumed quite a bit of time.

I have not tasted one yet so I can't give it a rating of any kind.  We have a Jewish holiday coming up and I decided to serve it then.  I will just have to come back after Shevuos (holiday) and let you know.

Below is Donna's recipe which I followed pretty closely.  I used vegetable broth instead of chicken stock.  I also used my mandolin to slice the potatoes and that made them perfect for this recipe.  I was able to get about five thin slices between the two onion rings.

My onions fell apart in the skillet and I had some difficulty transferring them to the muffin tins.  With a little ingenuity, I put them back together using my hands.

80g butter, melted
I meant to put herbs from the garden on top and completely forgot.

Heat the oil in a large frying pan over medium heat.

Add the onion slices and cook, in batches, for 3 minutes or until golden.

Place an onion slice in the base of 8 x ½-cup capacity  muffin tins lined with non-stick baking paper.

Layer with potato slices and finish with a slice of onion.

Divide the stock and butter between the stacks and top with a thyme sprig.

Cover with foil and bake for 30 minutes.

Remove the foil and bake for a further 30 minutes or until the onions and potatoes are cooked through and golden.