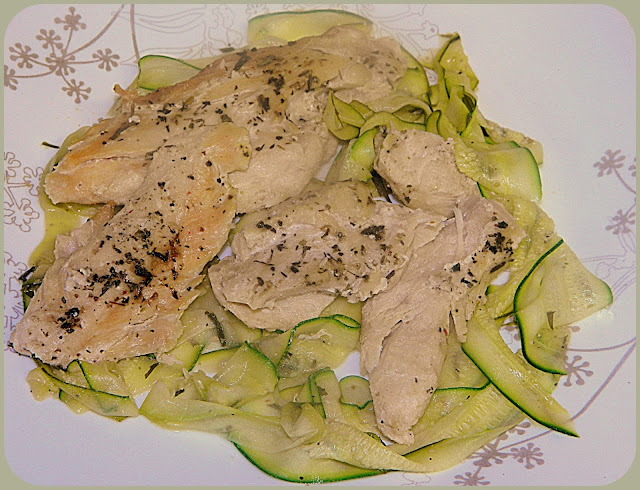 This week's recipe was selected by Kayte and is called Lemon-Tarragon Chicken with Squash Ribbons.  I have been wanting to make zucchini ribbons for a while but you know how something can fall under the radar which this did.

It is so easy to do, I can't imagine why I waited.  I only used zucchini while the recipe called for both green and yellow squash,  Cooking for one means (to me) cutting back on some of the ingredients when it looks workable.  In this case, all I could see the yellow squash doing was adding color to the recipe which is nice but not a necessity.

It was a good dish, a little too lemony for me but easily edible.  I would make it again and change the flavor slightly.  This may not be a common citrus to use in such a recipe, but I think I would like orange.

You can share in everyone's results at our Eating with Ellie page.  Please join us.