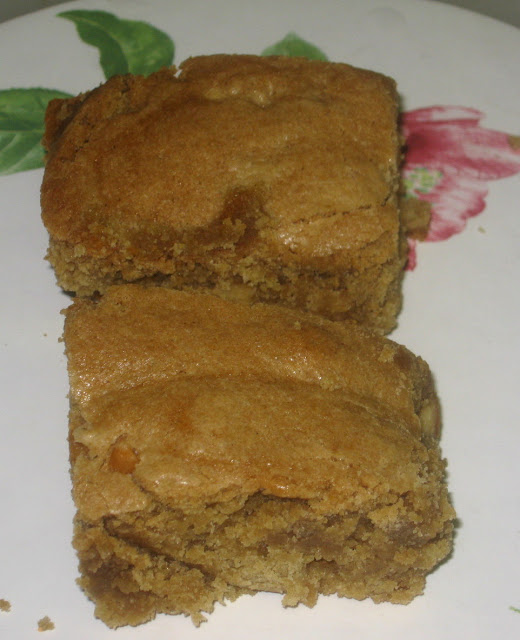 In my home and surrounding areas, Blondies have actually been requested more than Brownies.  My neighbors are all discussing this.  Forget Iran, President Obama, the economy.  The topic of the day is, "Blondies."  Just turn on your radio.  You will hear a debate about which kind of blondie is the best.  One station was discussing the merits of blondies and brownies and took a batch over to Occupied NY, to have them tested.  I understand the results will be, on the news, tonight.  Just remember, those are my blondies and brownies, they are eating.


Tonight for dessert, President Obama is being served blondies.  They did make them explode first, to make sure, they are safe to eat.  What kind of a world are we living in?


Even the boys in my class have requested Blondies.  With all the mutterings, I have been hearing about blondies, of course, I made them.


The only person who did not want blondies is my husband.  He likes the blondies, I make on Passover therefore, he is sure he won't like the blondies with gluten-free flour.  Mutter, mutter, mutter.  Negative mutter from the man.


I am going to admit, he is right.  The blondies from Passover are far superior.  Does that mean, everyday blondies are bad?  Depend who you ask. I went to my advisior, Bizzy and asked for help, resolving this problem.  Bizzy sent me to this recipe.  Could Bizzy be wrong?  Bizzy is now at Occupied NY, talking the folks there about blondies.  This is how political we can be on Foodie blogs. 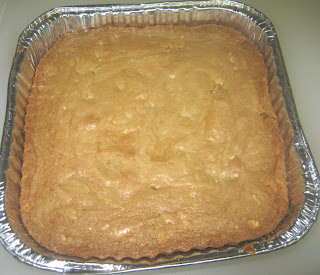 Position a rack in the center of the oven and preheat the oven to 325 degrees F.
Lightly butter an 8-inch square baking pan with sides at least 1 1/2 inches high. Using an electric mixer or mixing by hand, beat together the sugar and egg until light and fluffy, about 3 minutes. Add the vanilla and butter and beat to mix well. In a small bowl, stir together the flour, baking soda, and salt and add to the butter mixture, beating until just incorporated. Do not overmix. Using a spoon, stir in the pecans and chips.
Spoon the batter into the prepared pan and use a flat metal spatula to smooth the top. Bake the blondies for 25 to 30 minutes, until the top is dry and golden and a knife inserted in the center comes out with just a few crumbs attached (not wet, but not perfectly dry).
Remove the pan from the oven and place on a wire rack to cool. Cut the blondies into 2-inch squares.
I have  to admit, these blondies are not nearly as chewy as my Passover blondies but they are good.
I bake the plain stuff but you guys enter into realms, I dare not go.  Please share what happens when you do.  Linked to Tastetastic Thursdays