My goal is to cook one recipe a week from my new pasta book, Thirty Minute Pasta by Giuliano Hazan.  Having cooked only two dishes, I am far from an expert on these recipes but one attribute of Hazan's dishes appears to me, little in the butter/oils department.  They are utilized  in small doses.  Most of the recipes, I have looked at, are mostly vegetables and pasta.  He also does not list much in the way of seasoning, except salt.  Everything is fresh including the herbs.

Since, I cook gluten free, my selection of pasta shapes is limited which ruins some of the fun but the bottom line is that the taste is still there.  We are also "low salt" folks so we are eating pretty natural flavors and they are delicious.  I have a feeling, we are  going to enjoy the cooking that comes from the time saving Thirty Minute Pasta. 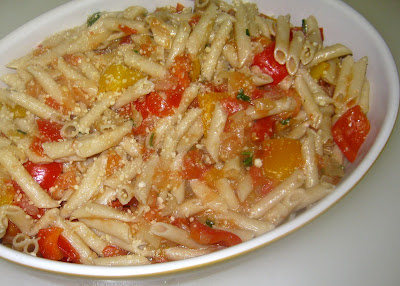 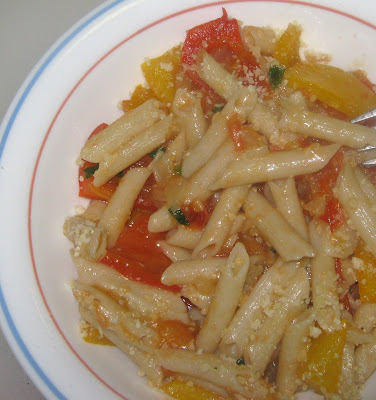 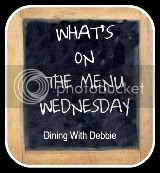