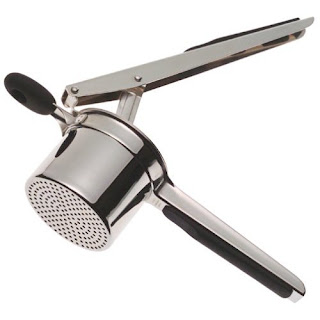 Necessity is the mother of all inventions.  "This means that solutions to problems (the invention bit) are born out of then need for a solution (the necessity).  As coming up with an idea is said to be the birth of an idea, this leads to the mother reference in the quote i.e. the need is the mother that gives birth to the idea for a solution."

I think, we all have gotten ourselves into a pickle and had to find a way out, a solution or perhaps, a new "invention".  I use the word invention, more as a new way of thinking, a new approach and in this case, a new use for a gadget.

In life, one door closes and another opens.  Sometimes, it opens by divine providence and sometimes, we open it.  As a teacher, I am opening that door, almost daily, because of the thinking of ten-year olds.

The mind of a child is truly delightful to explore and as a teacher, I am blessed to do this, when they are, at their best and at their worst.

I had a young man, in my class, last September, who made it clear, school was a battle.  I was the enemy and he was going to defeat me. He didn't know me very well.  After speaking with the parent who had already written him off, I realized, I was on my own.  My very first "student oriented" goal was to reach this child so he could start to enjoy school and so I could run my class, efficiently.

I took a risk and put him in the back of the room.  He would have to work harder to get our attention from there and he was not going to get mine.  Sure enough, he gave up trying as well as giving up listening in class.  First, I ignored him.  When I noticed, he was quietly drawing pictures, I went over to him and told him how well-behaved, he is and that he could continue to draw, as long as he passed all his work.  He agreed.

His behavior was fine but his acquired knowledge was not.  I explained to him that he had not fulfilled his part of the deal and changed him to the front of the room, right in front of me.  He paid attention and he learned and my thinking was that this is an intelligent child who could learn a lot more.  Although, grades are not my real way of measuring, I know it is for the class, so I told him, a few times, he was able to do excellent work and from now on, that is what I expected.

Patience was necessary but he finally got a hundred on a quiz.  I called him up and told him, "See, you can do it and now you will do it.  Right? Nothing under 80."  He did that and better.  In many tests, in all areas, he earned 90 - 100.  He was glowing and a smile would break out, each time, he succeeded.  As the year has progressed, wherever he sits, he achieves and usually behaves.  It is his exuberance that someday will bring him great success, I believe.  He is one of those kids who I can see as a future president.

For me, my technique was my invention.  I was fortunate with this one. It doesn't always go that way.  If a child understands you believe in him, he will live up to your expectations.  I did believe in this child and never doubted he could achieve.  I would not have told him, he could, if I had the slightest doubt.  Necessity is the mother of all inventions.


Now to my potato ricer.  I bought this recently and had not used it yet. I decided to make mashed potatoes so I could see what magical ability, it had.  I do have a masher for potatoes  which means, I did not actually need this.  It had to be good.

For the potatoes, I found it took more strength than the other masher. The potatoes got stuck, in the bottom, and I found, I was moving it around to get it through the holes.  I didn't really need this tool or did I?  Here comes inventive thinking.

Later in the day, instead of using canned diced tomatoes, I put the tomatoes, on my window sill,  through my ricer, leaving the skin behind and getting the meat and juice. Then, I made chopped egg and I again took out my new toy and little swirls of egg came out.  I also tried it on an avocado.  Fabulous.  I have a feeling, this ricer, is going to be my new best friend.

Mother of invention - yes.  I am not spending money on a gadget, I can't use.  I had to find a reason for having it.