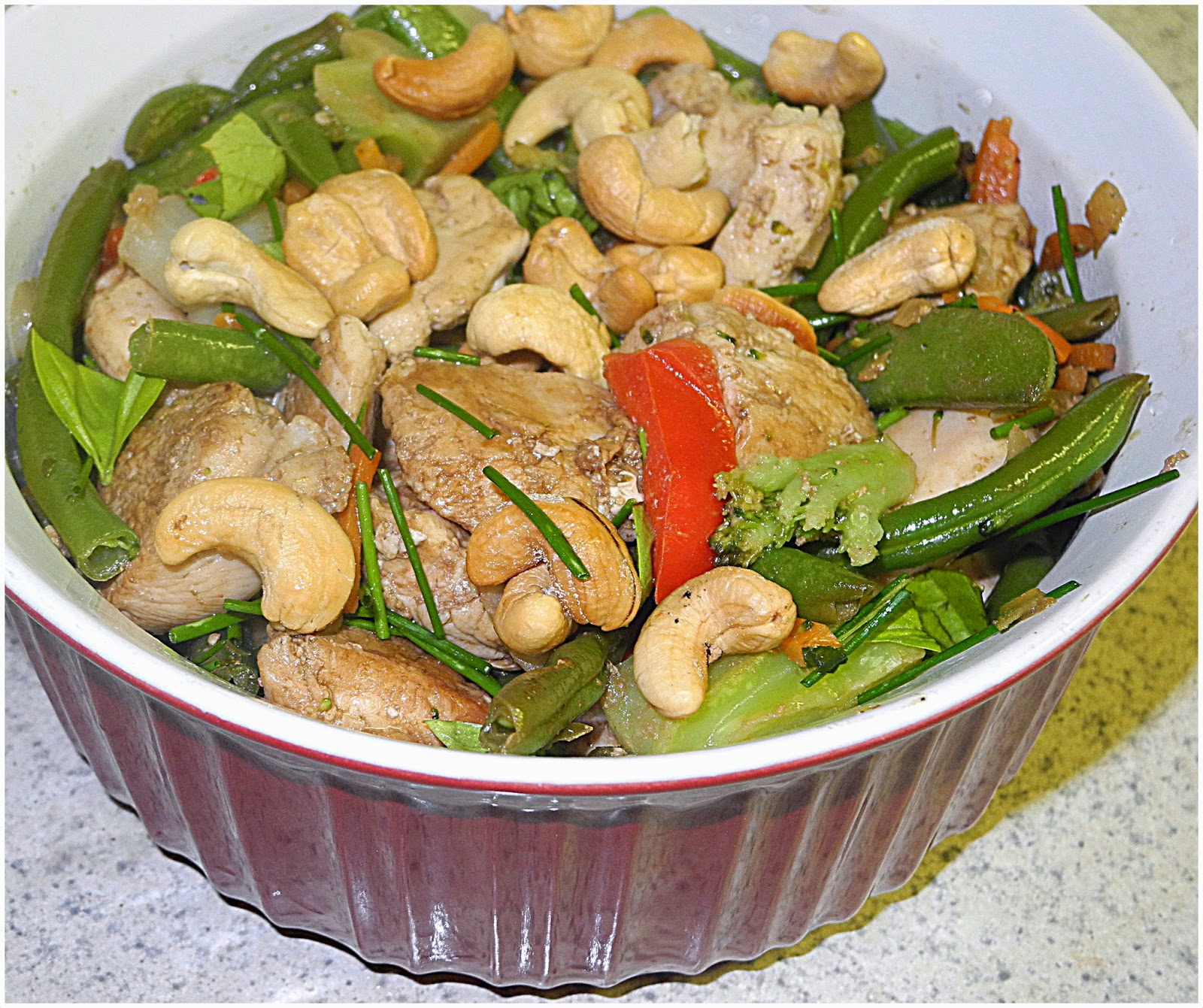 I know that I have posted a number of stir fries (or  frys) recently but the seasoning in this one was different and we liked it.  I also added extra cashews.  Could not resist them after they were toasted.  Instead of asparagus, I used a combination of extra veggies, I had on hand, green beans, red bell pepper, broccoli and carrots.

We don't use oyster sauce so I added more soy sauce to take its place.  The same applies to fish sauce.  You can find the original recipe here.

Spread the cashews in a ceramic pie plate and place in microwave.  Turn on for about 45 seconds.  I knew they were done when I opened the door and the fragrance wafted out.


In a medium bowl, toss the chicken with 1 tablespoon of the soy sauce.

In a  large skillet, heat the oil until shimmering.

Add the chicken in an even layer and cook over high heat, turning once, until browned and just cooked throughout, about 4 minutes.

Using a slotted spoon, transfer the chicken to a clean bowl.
Pour the broth into the skillet and bring to a simmer, scraping up any browned bits.

Add the vegetables, cover and cook over moderate heat for, about 3 minutes.

Using a slotted spoon, transfer the veggies to the bowl along with the chicken.
Add the remaining 1 tablespoon of soy sauce to the wok along with the lime juice and cayenne pepper.

Simmer until the sauce is reduced to 1/3 cup, about 2 minutes.

Return the chicken pieces and veggies to the skillet and toss to heat through.

Remove  from the heat and stir in the cashews, basil and chives. Season the stir-fry with black pepper and serve right away.