Spirals with a Quick and Simple Meat Sauce

March 24, 2011
Last night, I decided to try one of Hazan's meat dishes.  Why not start with his simple meat sauce?  There was a good reason not to.  It is much too simple, basically throwing together meat and onions and tomatoes.  Certainly, I have made better sauces, myself.

I wanted to make something from Hazan, though, in keeping with the group's theme.  I looked up recipes from Hazan online and found this classic bolognese meat sauce which adds milk to the sauce.  Since, I can't use dairy milk, I subbed in Rice milk and made a sauce with some taste to it with added carrots, celery and onions, a little nutmeg and it used canned tomatoes instead of the fresh, he uses in this thirty minute book.  I ended up using both fresh and canned so I would have enough.

This is the recipe, I adapted.  It won't link up.  Computers or Blogger can can stubborn. 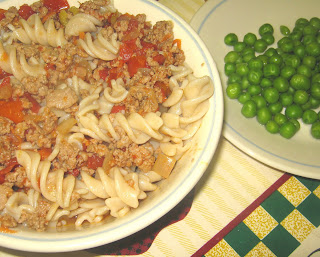 
I have decided that this book is too simplified and the recipes duplicate each other.  There is lots of room for creativity but that would probably take more than the thirty minute limit for the recipes.  I love Hazan's regular recipes with more oomph to them and I am going to see if I can find more of them online.  I don't need another cookbook although, I would love to have another of his.  I enjoy how he explains his cooking.  I think he is good and if you want to turn the recipes, into your own, you can do it but it will be your recipe, not his.

Check out his combinations, though.  He has a pasta with melon and another with carrot sauce and of course, with squash.  They are creative and interesting.

I am not rejecting the book and certainly not Hazan.  I have the wrong book for me and that is totally personal. 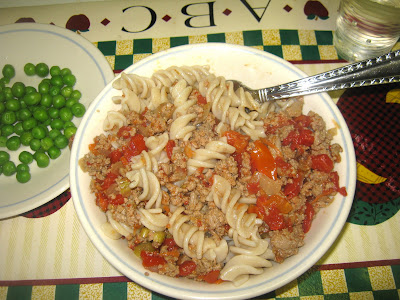