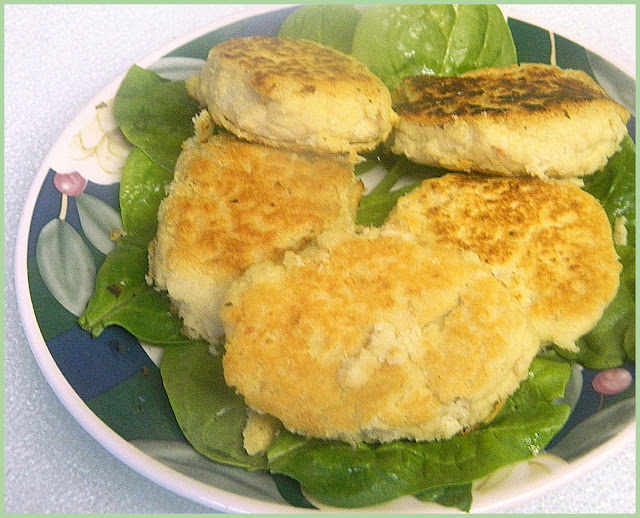 I have to admit when I saw the combination used to make these fritters, I was slightly taken aback.  I love almost any kind of fritters but tuna and chickpeas did not sound like anything delightful.

The recipe called for canned tuna in oil with chili.  I have never noted any tuna with chili and I only use tuna in water.  I imagine, this would have been even better with the extra fat.  I still passed it up. Spices are cumin, black pepper, and garlic.

By some "magical trick", these were flavorful and light.  I was going to bake them instead of the suggested frying.  My batter was wet and I did not think, I could shape them to hold up in the oven.  At least, on the stove, I could mold them, if necessary.


These resulted in a happy cook who deserves her badge in Loyalty to Donna Hay.  Check out our page and see what the other gals have done with this recipe.

Special thanks to Sara for picking this recipe and I respect her more for the choice.