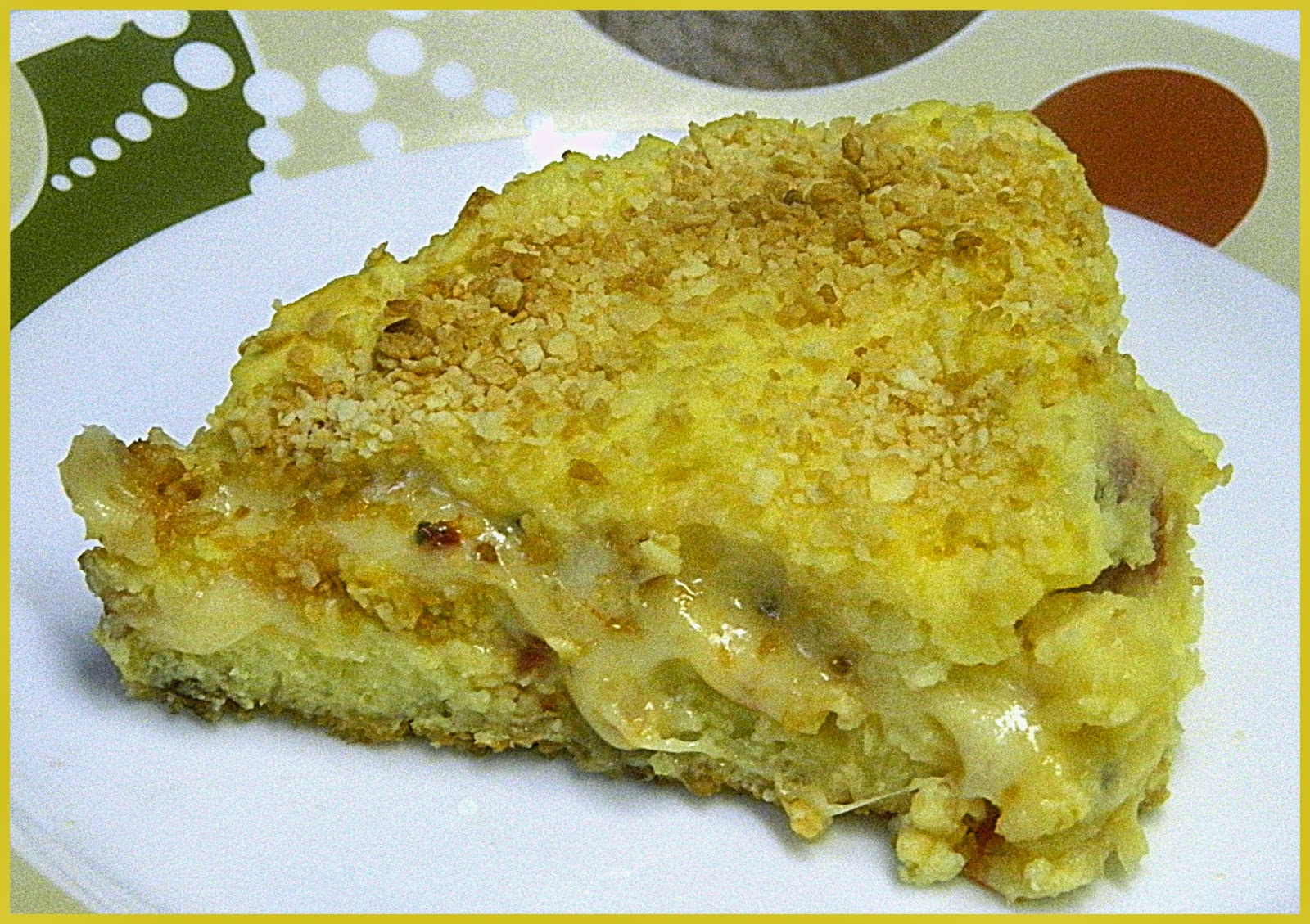 I was about to make a Rachel Ray Potato Cake when I remembered, I had torn out from a Food Network Magazine, a recipe for a potato cake that looked more interesting.  Rachel's used sliced potatoes like a crust and the Food Network recipe used mashed potato.  I will always vote for mashed over sliced.

This is the epitome of comfort food.   The mashed potatoes are creamy, the cheese adds zest and roasted red peppers were just right.  I am proud, I took only one generous slice.  Hubby ate the rest of the nine inch cake.

My guess is children would like this even with the red peppers.  Next time, I would like to add caramelized onions to the cheese mixture.  I used smoked Mozzarella because I had it, in the house.  I had gotten it for my grandkids but they left a good share of the package behind.  It worked perfectly.

Put up water in a large saucepan. Put the potatoes into the water.  Cook for about 10 - 15 minutes until potatoes are soft enough to mash.....not mushy.

Meanwhile, generously spray an 8-inch-round cake pan; sprinkle in 2 tablespoons Panko crumbs and shake to coat, then tap out the excess.


Add 2 tablespoons butter and the parmesan to the potatoes.

Remove and place in a bowl and mash.

Gradually mash in the beaten eggs.

Spread half of the mixture in the prepared pan; top with the cheese, peppers and parsley.

Top with the remaining potato mixture and smooth evenly.

Set the pan on the hot baking sheet and bake until puffed and golden, about 15 minutes. Run a knife around the edge to loosen, then unmold.