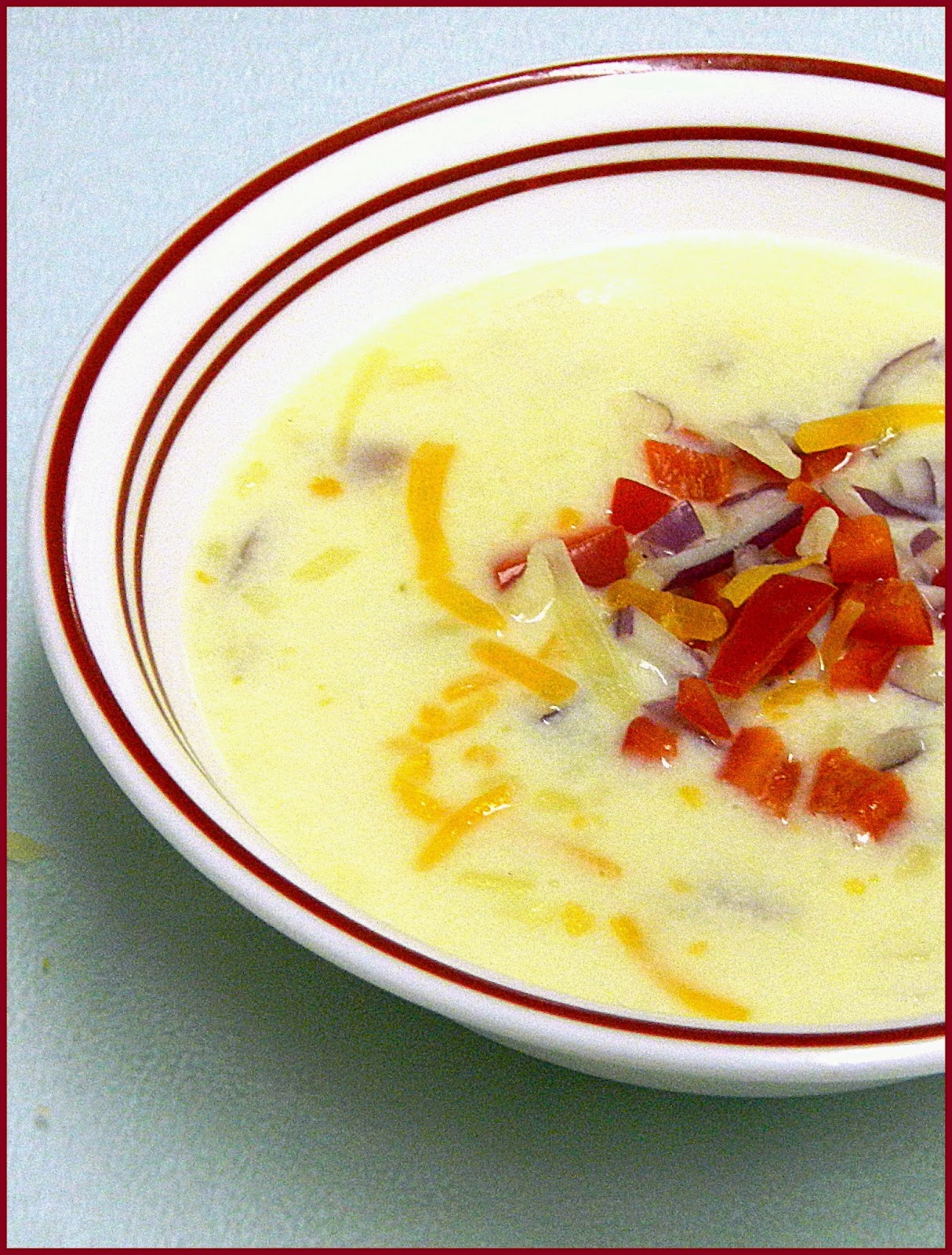 This is supposed to be a baked potato soup but due to limited time, I boiled the potatoes.  Other than that, I basically followed the instructions with a few minor modifications.  I left the directions for baking, thinking it might be a more interesting recipe.  Boiled potatoes worked out fine and we had a delicious soup.  I admit, I am a big fan of potato soup and have not met one, I didn't like.

Topping: chopped red pepper, chopped red onion, shredded Cheddar (a small amount of each for each bowl of soup)

Pierce potatoes with a fork; bake at 400° for 1 hour or until tender. Cool. Peel potatoes; coarsely mash.

Place flour in a large large pot; gradually add milk, stirring with a whisk until blended.

Cook over medium heat until thick and bubbly (about 8 minutes).

Cook over low heat 10 minutes or until thoroughly heated.


Eat and enjoy.  This is cold weather food since it warms both the body and soul.