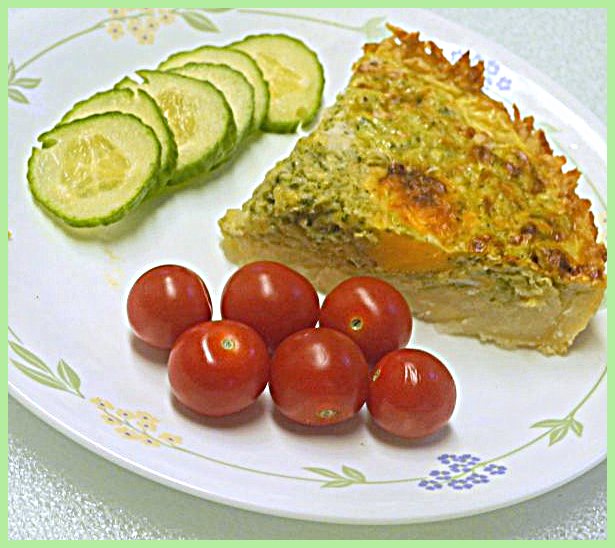 I don't like making pie crusts for two reasons. I am not good at it and I get frustrated. I think twice before using so much fat in a dish. I do like pies, though and keep discovering ways to make them, with alternative crusts. This is one of the best because the crispy potato crust brings added flavor to the quiche.

I started the process, shredding the potatoes but as time went by, my hand began to tell me, I was foolish and I took out the mini processor and finished up, in the machine. How quickly that goes. For the next step I threw the onions and cheese in also, and everything speedily blended and I had the makings of my filling.

I chose broccoli but there are many other good choices for a filling. A spinach quiche is good.....mushroom and onion . Sour cream in the filling makes it creamier as does a bit of cream cheese. Gouda is a good sub for the cheese. This is a recipe to be creative with.

Press hash browns onto the bottom and sides of a pie plate or shallow baking pan. Drizzle with olive oil. Bake for 20 minutes, or until beginning to brown. (The rim browned first.)

In a small bowl, combine broccoli, onion and shredded cheese and put aside

In another bowl,combine eggs, milk, salt, pepper . Add broccoli and cheese and mix together.

Spread broccoli mixture on the crust and return to oven, lowering it to 350 degrees F.

Bake in preheated oven for 25 minutes, or until filling is golden brown. 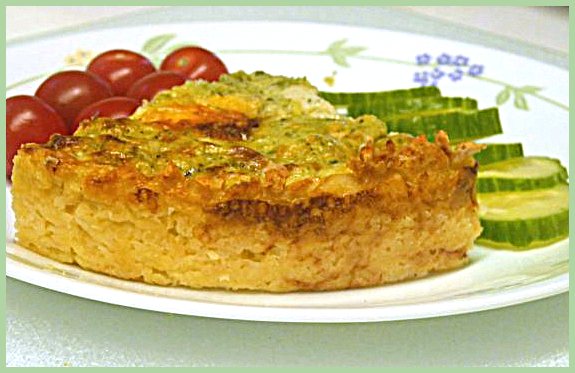