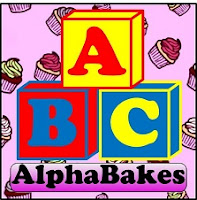 This may be a new badge to you as it was to me.  It is group with a great idea.  Each month they randomly select a letter and each individual picks a food that begins with the designated letter and bakes and shares the results.  It can be savory or sweet.

It is hosted hosted on alternate months by Ros from The More Than Occasional Baker and Caroline from Caroline Makes.

If you are interested, head over to one of the listed blogs and introduce yourself.  This sounds like lots of fun.  Join me.  On the first of the month, you can check out who has baked what.  This month, let's look for the H's. 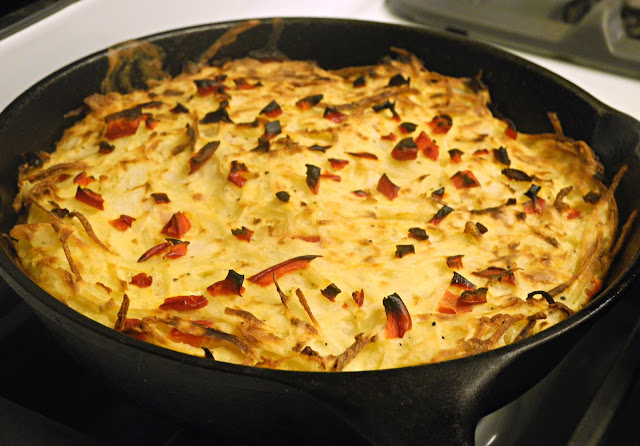 I discovered them, not too long ago, and promptly forgot about the letter for this month, which is H.  When did I remember?  After work, today.  The deadline is the 25th which means, I could participate.  With the holiday coming, where is there time to make something for an event?  There isn't but I was not going to be beaten.

Dinner would be the solution although I had no ideas for an H dinner.  Baked hamburgers? Honey coated chicken?  Hazelnut torte?  Heavenly Hash.   Aha - hash.  I decided to make Hash Browns in the oven and then in the kitchen, I changed that to a Hash Brown Cake.  It reminded me of Potato Kugel but it was softer inside than the kugel.  The top was crispy and the interior was soft and delicious.

Preheat oven to 425°F.
Spray an 8 inch cast iron pan.
Place onion and potatoes in the food processor, and shred with the appropriate disk.
Place potato mixture into a bowl. Add cream cheese, salt and pepper.
Add eggs and mix thoroughly.
Put 1 tablespoon of olive oil in bottom of cast iron pan.
Spoon potato mixture into pan and let cook for one minute.
Reduce oven temperature to 350°F; bake until cake is crisp around edges, about 30 minutes longer. 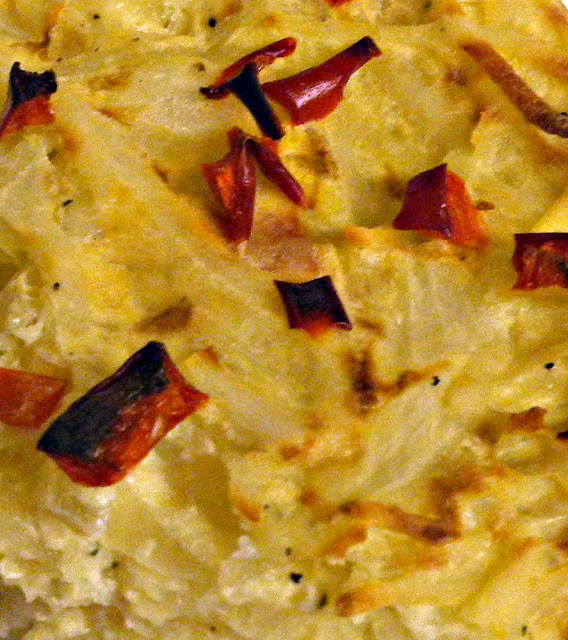